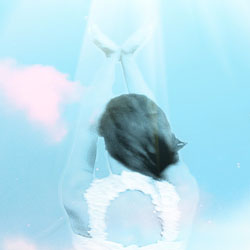 “You have found me, now speak quickly before my fondness of you withers like a rose in Beth.”

Said to be born from the anger and sorrow of In’Daelu during the war of the Dawning, the Lady of the South is also known as In’Daelu’s Vengeance.  She has the ability to cause earthquakes, maelstroms, and devastating rains, as she is the one who nurtures and tends to the elements.  Her bond with them also gives her power to summon snow and ice storms in places they do not normally appear.

Those who have come across the Lady are few and far between. It is rarer for those who have to continue to live upon this earth, but that does not stop mortals from seeking her out for guidance.

I have seen her beauty once or twice. I had to seek In’Daelu’s forgiveness, and my travels took me to the land of ice. She pardoned me in In’Daelu’s sted and told me to leave before she changed her mind. — King Raken

Only the foolish seek out the Lady of the South, child. Even more foolish are the ones who believe her to be a mere myth, Blelgled.  She has destroyed many in her wrath; do not hope to push her to vengeance. — Qhol’xaan to Brevyre and Blelgled – The Demon Spell

Theme song for The Lady of the South: Within Temptation – Ice Queen

One Thought on “The Lady of the South”