When tyranny rules, can a group of misfits bring back democracy to the masses? 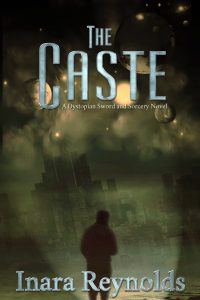 Imagine you are caught in a world where you are hunted on a daily basis, and all of your freedoms have been taken away from you. What would you do? How would you fight back?

The Nobles and Mages known as the Caste are in charge of planet Earth. Non-noble mages are hunted by the Inquisitors worldwide and put to death without trial.

In the ruined city of Detroit, a non-noble mage named Corvus exists, hidden in shadow by the few he trusts.

When a viral outbreak is unleashed on the state, the appearance of newly created zombies makes it harder to stay under the Caste’s radar.

Ways to read “The Caste”

Read as a serial on Wattpad

Images that represent the book.