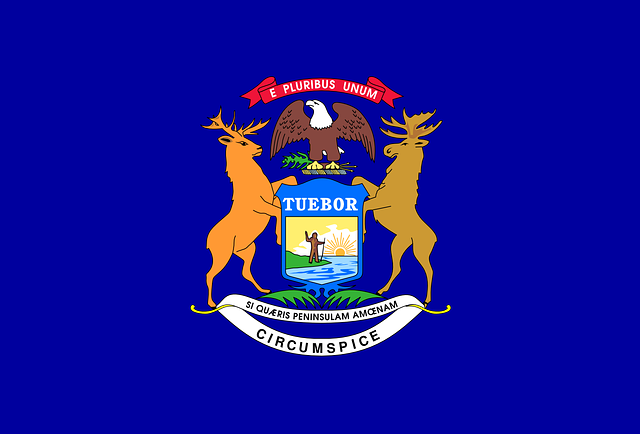 Michigan is a unique state, the only state that people who live there or have ever lived there can show where they are from just by using their hand unless they are from the Upper Peninsula. Known for its beautiful woodlands and stunning waterfalls, interesting lingo, and unique food, there is much more to the state most people do not realize.

Many of the facts about Michigan in this list are the reasons why I set The Caste in the state. When you read these fact, you will see the irony of using the state for a story about oppression.

1. There is a 9,000-year-old hunting cabin underwater, located 35 miles southeast of Alpena in the Alpena-Amberley Ridge. The structure is 120 feet beneath the surface of Lake Huron.

2. Michigan borders 4 of the 5 Great Lakes, Superior, Michigan, Huron, and Erie. No matter where you are in the state of Michigan, you are never more than 85 miles away from a Great Lake. 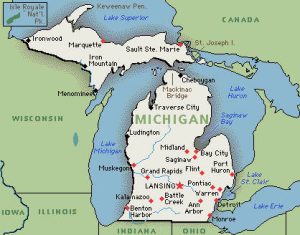 3. With that said, Michigan also has the largest fresh water coastline than any province in any country of the world, 3,126 miles in total.

4. With all of the water ways in the state, lighthouses were an important part of life. Michigan has 150 + lighthouses, the most of any state in the Union.

5. Michigan is the first and only state with a floating post office. The J.W. Westcott has been delivering mail, freight delivery, storage, and water taxi service since 1874. The vessel also delivers snacks and cigarettes. In 1948, the vessel became an official U.S. Post office.

6. Michigan is a state of many firsts, here is a list of a handful of them:

7. While Michigan is known as the ‘Wolverine State’, sadly, there are no living Wolverines left.

8. Brighton and Grand Rapids have laws against being annoying. (I know a few people I would love to send there…)

9. Michigan was a territory ceded by Great Britain to the United States in 1783 by the Treaty of Paris that ended the American Revolutionary War. Michigan was not admitted to the Union as a state until Jan 26, 1837.

10. In 2007 while scanning the water of Lake Michigan for shipwrecks, a pre historic boulder carved with a mastodon and flanked by stones arranged in a Stonehenge-like manner.

What do you think about these interesting facts about Michigan? Do you have more facts that were not mentioned in this post? Let’s talk in the comment field below.