Imagine you are caught in a world where you are hunted on a daily basis, and all of your freedoms have been taken away from you. What would you do? How would you fight back?

The Nobles and Mages known as the Caste are in charge of planet Earth. Non-noble mages are hunted by the Inquisitors worldwide and put to death without trial.

In the ruined city of Detroit, a non-noble mage named Corvus exists, hidden in shadow by the few he trusts.

When a viral outbreak is unleashed on the state, the appearance of newly created zombies makes it harder to stay under the Caste’s radar.

An Excerpt from The Caste:

Corvus began to channel his energy from the ground, pulling a golden stream of energy up and into the sky as he raised his hands upwards. He felt the magic build up inside of him, giving him comfort and strength.
As the zombies approached, Corvus could smell the stench of rot. He could hear Ardelia’s screams of terror, causing his magic to build quicker than it ever had before. It felt different than it had ever felt, it felt dirty, almost evil.
He brought his hands back down to his thighs, slowly bringing them out to his sides. An orange hue shot out of Corvus hands, and as he snapped them together in front of him, the energy arced into a cone-shaped stream, hitting one of the zombies in the chest.
The zombie stumbled backward, hitting the other zombie behind it. Corvus’ magic had only managed to piss them both off, and they came back at the two of them with more force.
Corvus concentrated again, summoning up more energy that seemed to take on a black tinge to its orange hue. Again he brought his hands from the ground, pointing them to the sky, across his thighs and up to his chest. He released it, and one of the zombies dropped dead at his feet.
The other zombie reached around Corvus and grabbed at Ardelia, catching her face with his claws. Ardelia fell to the ground and began to convulse. Camlin had woken up, pushing the zombie in front of Corvus. As Ardelia’s moans echoed through Corvus’ ears and he felt the rage build inside of him. He summoned more energy from deep inside of himself, and as he shot out a black stream of power at the zombie, he heard himself scream in a voice that he had never heard before.
As the zombie dropped, Corvus realized the sounds of combat had stopped. He had sent a fireball through the tunnel, killing all that were in its path. Luckily Farkus and Segna were fire proof, they would have been incinerated along with everything in front of them.
Farkus and Segna stood, swords at their sides, looking back at him.
Corvus collapsed to the floor.

Where to get the book

This book is being released as a serial on Wattpad and here on InaraReynolds.com Free eBook will be released for those who want to read ahead in .mobi, .epub and .pdf!

And now… The Caste Cover Reveal! 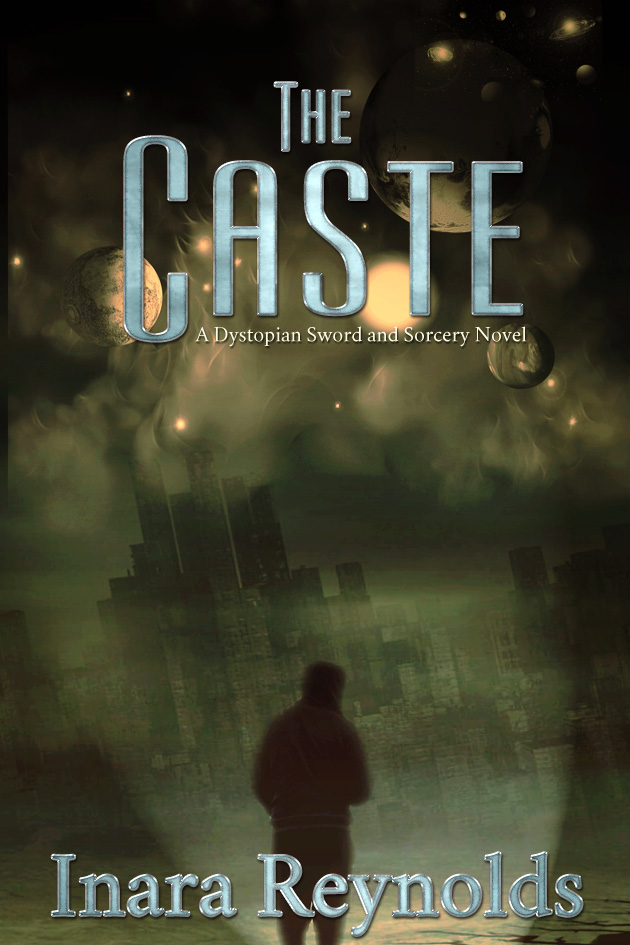