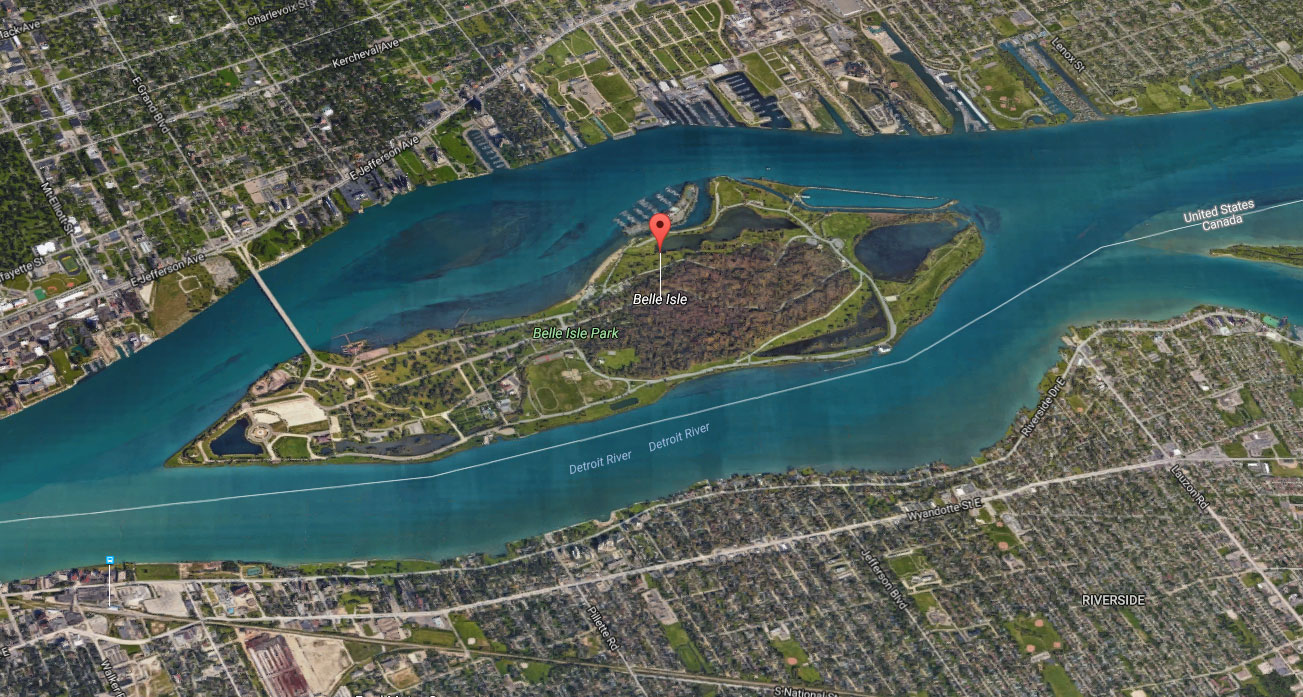 One of the prominent places in The Caste is Belle Isle, Michigan. It is a beautiful island, and one of my favorite places in the state to visit. I have uglied it up in the book and tossed it into a Dystopian society where a tyrant rules the world as he sits safe and comfortable in a large stone tower. As the release date for The Caste closes in, I thought I would share the real Belle Island with you. It is a place of great wonder, and part of me feels bad about tainting it for the book.

Belle Isle, Michigan and why I picked it as the seat of power

Sitting in the Detroit River nestled between the United States and Canada, Belle Isle comprises 982 acres (1.534 sq miles). The location of the island made it a prime piece of real estate for the Caste to govern from. Being in the center of Canada and the U.S. The location also makes it harder for Rebels to attack the Caste without them knowing about it first… Well, mostly.

In my story, the bridge linking the mainland to the island is gone. The only way to get to the island is by ferry, controlled by the Caste. Where the red marker is, picture that area filled with a large, looming stone tower, casting its shadow onto the landscape of both Detroit and Canada. No more trees…

The distance from Joe Lewis Arena which in the World Year 3181 is a slum area where the main characters live, to the docks of Belle Island.

And for a little sneak preview… The white circle is the area behind the Joe our main characters live. Picture it with tents, walls and destruction. Too many people jammed into the area like cattle.

Things to do on Belle Isle

This video shows it all… the beauty of the island and all the things you can do.

Your turn to talk! What do you think about the real Belle Isle? Would you want to visit or have you visited already? Let me know your thoughts in the comments below.