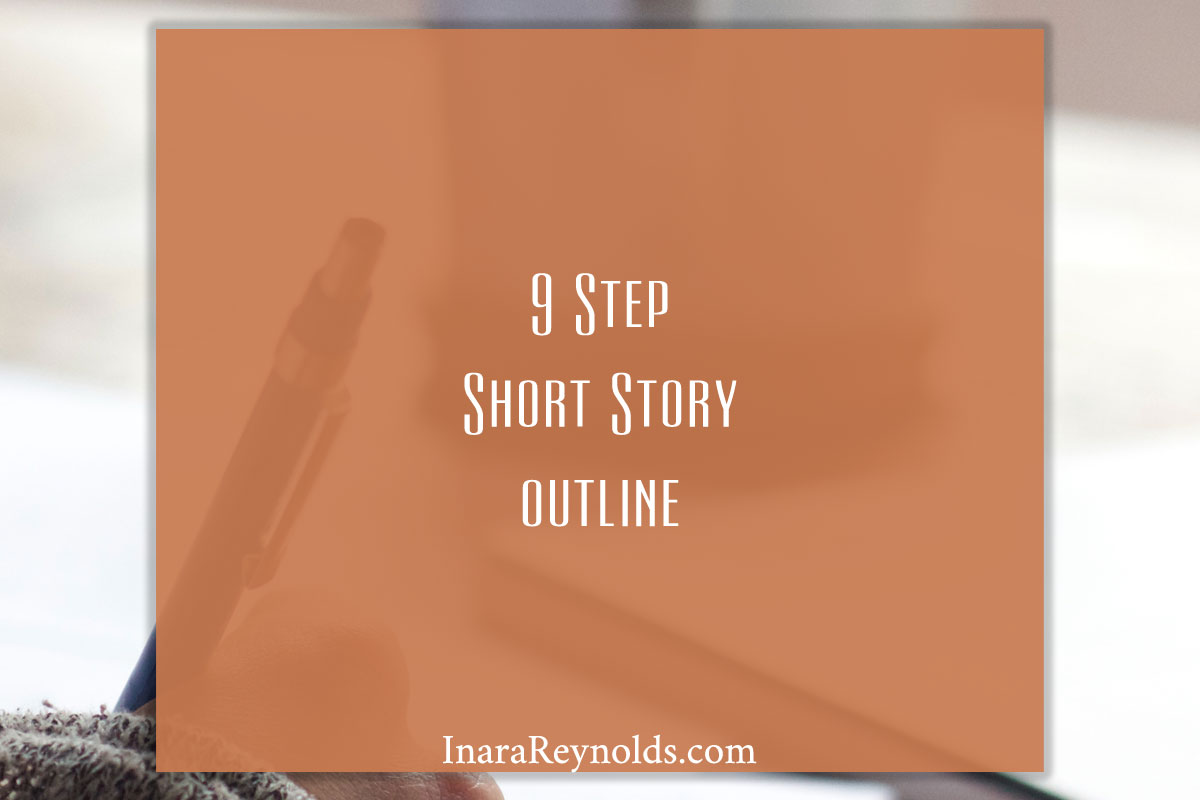 This is an exercise I started doing twice a month after one of my writing groups mentioned it a couple decades ago, not that I am trying to date myself… I use it for future ideas, some of them have turned into novels. The exercise fends off writer’s block, at least for me, so it has become a useful tool to either start a story or to progress one that I am staring at with no progress.

The examples shown here during today’s exercise is an actual outline I made for a short story that may end up being my backup for NaNoWriMo this year (2017). You can easily flesh out your short story outline by adding more of a character arc, character descriptions and profiles, plot twists and side quests to make it a good novel first draft! I have used this method to plot out chapters when faced with a brick wall in the face with good results. 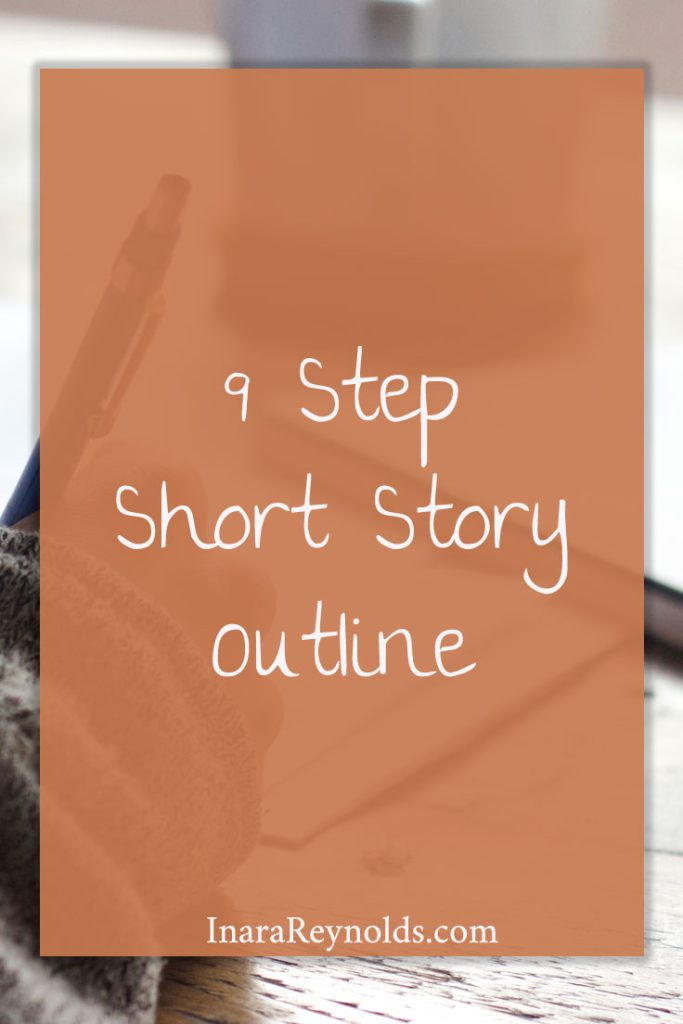 Your problem can be anything:

An unfilled desire
A pending threat
An unanswered question
A topic from a news article
Something going on in your real life.

2. Create the Character with the problem.

Remember, this is a short story, your character needs to show he is driven, complex, deep, evolving, distinctive and consistent. Don’t worry about description of your character’s hair or eyes unless it is key to the story. Example: Character has pentacles for eyes that glow when danger is near.

A young man in his late teens.

3. Why does the problem matter to the character?

If your character doesn’t care about the problem at hand, your reader won’t care either. The problem has to make an impact on your character. Use this step to create an emotional impact.
Example:
This young man was walking home from his after school job late at night. As he passed a vacant lot, he witnessed a woman being murdered by two men. The murderers saw him.
Reread your description. Does it still fit with the original problem? Does the reason the problem matters to the character still seem strong and story supporting? In this case, the fact the murderers saw him makes the first problem a strong reason for my character to care about the original problem.

Where does your story take place?

A forest, an airplane, etc.?

This story takes place in an inner-city, USA

What is your character’s motivation? Survival, love, friendship, etc

It’s a story about survival

6. Create the obstacle that holds your character back from instantly solving the problem.

Think about how your character could easily solve this problem, but why they are not able to do it. What is preventing them from achieving the outcome? Introduce any character flaws your character has when creating this obstacle, and create your character arc so you can introduce it.

This young man lives in a gang-controlled neighborhood causing him to be afraid of his own shadow. He could go to the police right away, but he fears retaliation from the gang. He is certain he is safer keeping his mouth shut then he will be going to the police.

These are things your character tries to do but fails in some way. There will be consequences for their failure, and it should amp up suspense in your story. Things will be worse for your character than they were before the attempt was started.

Example: I am only showing one here!

In order to make the murderers think he didn’t see anything, he goes to a party he knows they will be at. He pretends everything is normal, speaks to them, laughs with them and drinks with them. On his way home from his job the next night, he is jumped and drug into an ally way. They leave him beaten and bloodied as a warning.

Each failure should try to lead to the ending solution to the main problem. Whatever your small step is, your character shouldn’t see it right away, like taking his grandmother’s advice to just go to the police and call it done.

This is the part where the wheels start turning in your character’s mind and they understand the situation and the advice that was given, a clue they found or comes up with a clever idea or realization. This is where they try to solve the problem at hand.

After his apartment is broken into and his grandmother is murdered, he realizes his attempts to make the murderers think he didn’t see them commit their crime is not leading to survival of his own or anyone else’s. They know he saw them. Their violent reminders and his grandmother’s advice before her death make him realize he has no choice but to go to the police.

Your character will now make that final decision. No matter what happens, their situation will change for the better or the worst, and they will have evolved in some way. I wrote three of these as potentials, but I am only showing you one.

He goes to the police department to report the murder. At first, they do not believe him. He leads them to the body. They treat him as a suspect in both his grandmother’s murder and the woman’s murder. They tell him not to leave town. He is arrested and convicted of both murders and sentenced to life in prison on circumstantial evidence. He studies law while in prison and works to clear his name.

Have you ever outlined a short story? Have you ever participated in NaNoWriMo? Let me know in the comments below. Feel free to share with me any ideas you come up with when you do your outline!